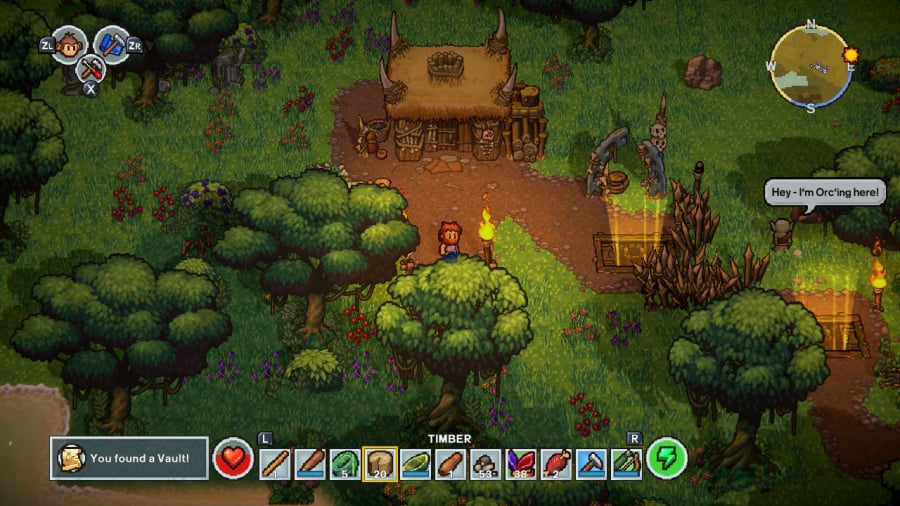 The Survivalists is not the most enticing title that Team17 could have gone with for this one. Yes, it sets the stage for this follow-up to The Escapists in keeping with its traditional nomenclature, but they really should have front-loaded the monkey butlers, and called the game – for example – Monkey Butlers.

Yes, monkey butlers. In this otherwise fairly traditional top-down survival game, you are able to train a committed workforce of chimps into doing your bidding, meaning that your dreams of a primate army are tantalisingly within reach. It’s a feature that should have consistently brought great joy and elevated The Survivalists in a very packed genre, but… it doesn’t. Repetition is a big problem with many survival games, and while this undeniably cool feature of having your banana-munching crew essentially automate many common tasks is a bit of a breath of fresh air, The Survivalists still trades in its chosen genre’s familiar tropes, meaning there’s an unavoidable dose of tedium and imprecision mixed in with some flaws of its very own. 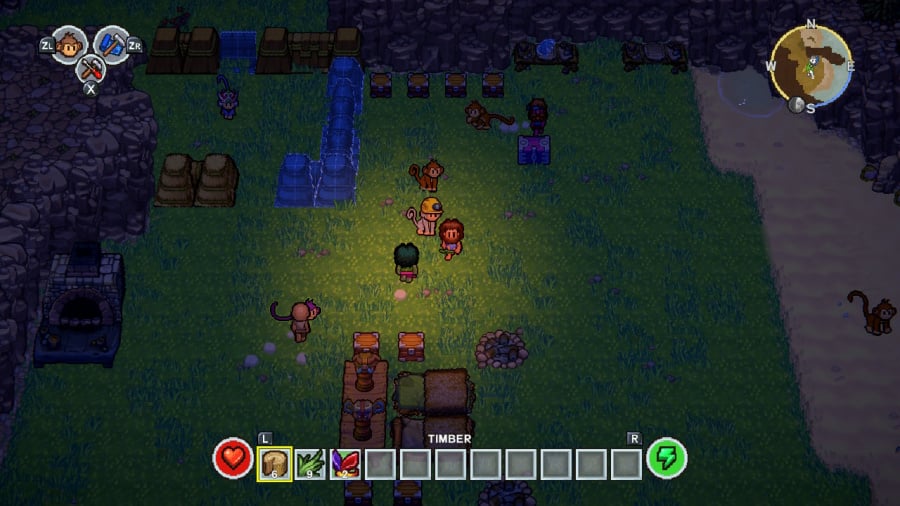 Said imprecision comes to bear very quickly, as after choosing your character’s appearance and awakening on a seemingly-deserted island, you’ll almost instantly find that the (well-drawn and attractive) scenery tends to obscure routes and floor-bound resources, making the quite basic task of sweeping up useful items into a bit of a chore. There also doesn’t seem to be a way to pick up multiple things at once, meaning that gathering crafting materials is slightly more irritating than it needs to be – a mantra that can unfortunately be applied to just about the whole experience. That’s not to say it’s roundly awful; there’s just about enough unpredictable carnage and accessibility here that you’d be hard pressed not to have at least a couple of hours of fun, but there’s a bit of a fundamental disconnect between The Survivalist’s concept and its execution.

See, The Survivalists is a light-hearted kind of game, and we’re just not sure that breeziness and desperately scrambling to stay alive really fit together. Resources don’t ever feel scarce and most obstacles can be circumvented pretty simply – for example, furious natives can be subdued by a pack of rabid monkeys, beaten up with a club, or simply ran away from. There are caves and Zelda-ish dungeons to explore – and they’re fun, with entertaining combat challenges and light puzzle solving – but there’s nothing really worth finding in them.

There’s shopping, trading, fishing, but it’s all just there. Once you’ve built up a base it can be assaulted by vicious orcs, but even a drubbing and the theft of most of your stuff isn’t much more than an annoyance here. You top out the crafting trees quickly and your monkeys can provide an effectively endless stream of materials, so you shouldn’t ever find yourself at a loose end. Hunger is easily kept at bay and there just aren’t that many variables you’ll need to juggle, making survival into a matter of routine rather than a barely-achievable and constantly-shifting set of deadly goalposts. 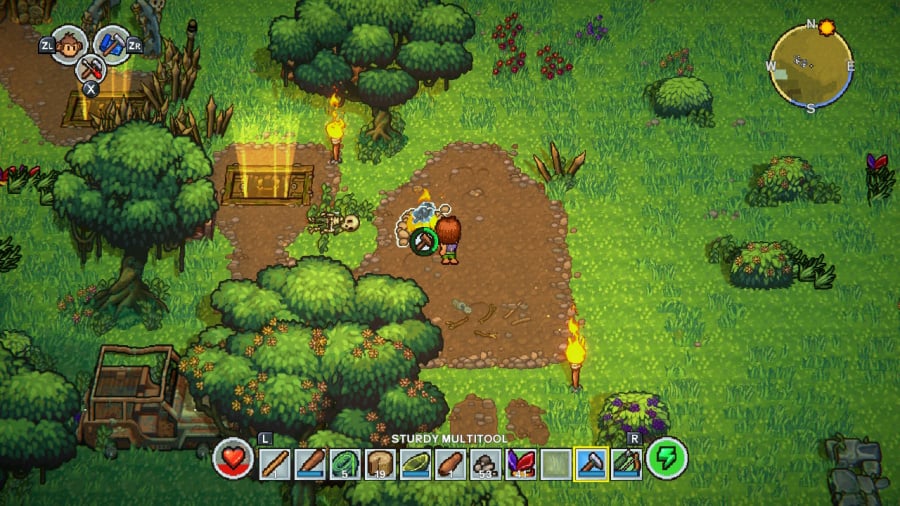 We wonder if that’s the point; the contrast between the setting, the genre and just how chill it all is all offer a rather distinctive take on (ah, ah, ah, ah) staying alive. It would be foolish to pretend that exploring the cheerful environments with a coterie of chimps at our command isn’t a good deal of fun at times, it’s just all a little… aimless, and the minor irritations keep cropping up – your exceptionally limited inventory, the way you can’t see the next unlock on the crafting tree so won’t know what you’re aiming towards, the monkey butler A.I leaving a lot to be desired, special items being completely unnecessary due to the low difficulty… it all adds up to what’s going to be a very Marmite experience.

Naturally, updates have been promised, and it’s certainly the case that a few tweaks to The Survivalists could turn it into a much more compelling little sandbox title. As it is now, it’s all a little toothless to really get stuck into – after a few hours, we felt like we’d seen more or less everything, and after a little further research, it turned out that we had. Once you’re able to visit other islands you’d expect things to open up, but it just amounts to more of the same. There’s an online mode included for up to four players that lets you host and jump into games – which adds some value – but it just serves to highlight The Survivalists’ simplicity. A higher (or adjustable) difficulty would go a long way to creating a more arresting survival experience, but perhaps the game’s laid-back nature would be sacrificed in the process.

Some will get a lot out of The Survivalists, and we’d find it difficult to argue that it isn’t fun – but your mileage will seriously vary on how quickly you burn out on its lackadaisical approach to the danger that really defines the survival genre. As an entry-level take on the principles it’s pretty good, but even the least experienced survivor will reach endgame gear quickly and find there’s just not a whole lot left to do. Updates could (and hopefully will) mitigate this issue, but The Survivalists – as it is now – feels a little… well… deserted.