Celestia is a skyblock and survival-based, anti-cheat, anti-stealing and anti-griefing Bedrock and Java crossplay server with lots of cool perks, and a fun Discord server that makes chatting and hanging out much easier! There is even a great Patreon page that can give you some really cool in-game perks. More on that below. 🙂

First of all, it works for Bedrock and Java! How? Honestly I have no idea, but one of our mods figured it out! Several players are on Java, but many more that come are on Bedrock. I myself typically play on the server with my Switch, and it works great! You can even link your accounts between Java and Bedrock, if you have both, which means your character will be the same no matter which version you feel like playing on. Super handy for those who enjoy Java for the mods, but often want to play on the same server from their switch, or with friends that own Bedrock Edition. 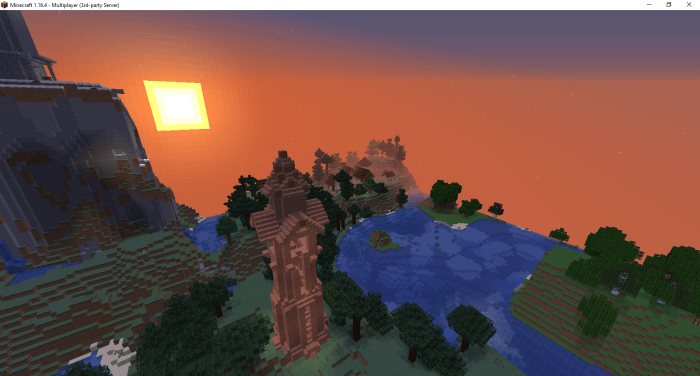 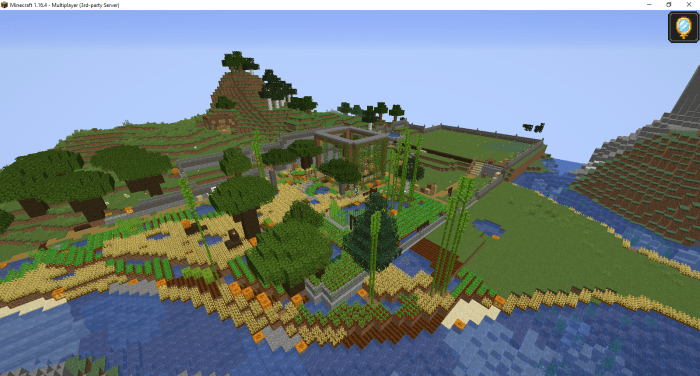 The server also has some super helpful and enjoyable plugins, such as McMMO, Factions and Skyblock capabilities. I’ll post the links at the bottom, for any curious about the finer details of each.

For those of you that don’t know, McMMO gives you the chance to level up skills such as:

– Herbalism (for you planters out there!)

– Acrobatics (for those prone to falling off everything, like me.)

– Repairing (which makes you feel more like a Blacksmith than ever!)

I don’t know about you, but that reminds me of awesome games like Runescape or WoW. Minecraft plus Runescape? Sign me up!

MCMMO even gives you cool specials once you hit level 50 on a skill, like the ability to chop down entire trees in one swoop, and even triple the drop rate of ores! And for those of you who love Luck stats, the Mining perk that increases ore drops STACKS with Fortune 3! 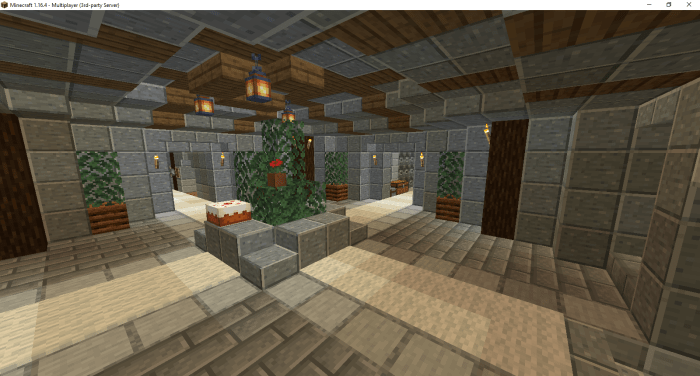 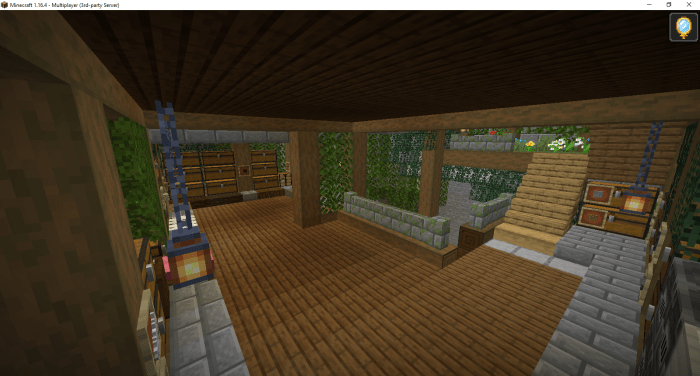 Another super awesome plugin is Factions, which let’s you create your own Faction, or Clan/Guild, and then claim land. This land is protected from any player griefing or stealing. Which means you don’t have to worry about those pesky players who just want to cause chaos or creep in the shadows! Notably, we don’t condone stealing anyways, but always make sure to protect your stuff! And for those of you who love to creep in the shadows, you’d better watch your backs! We will catch you. 🙂 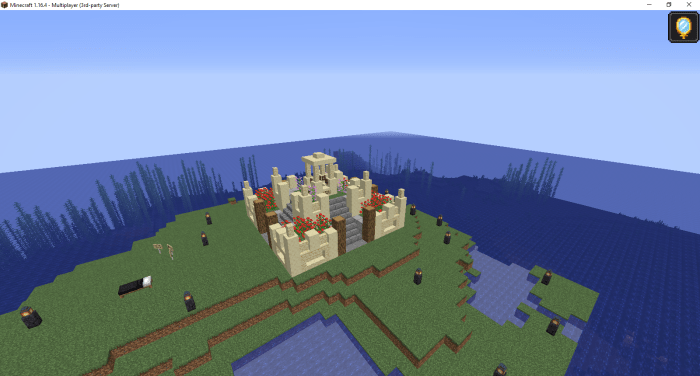 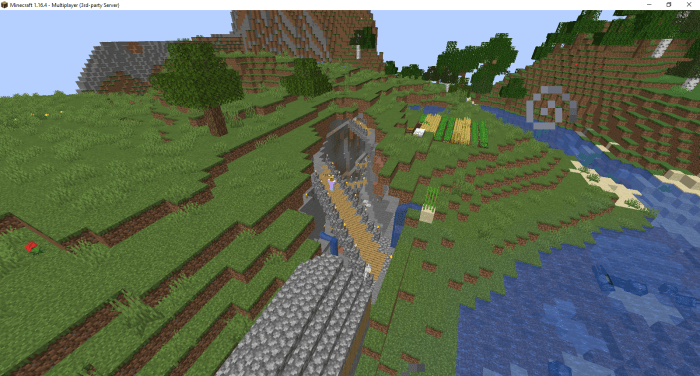 We also have Skyblock capabilities, and it even comes with its own store if, like me, you enjoy the building and creative aspect of hovering over an infinite void with nothing around you. If you aren’t in it for the building, then you can just buy materials for tools, weapons and armor. It also comes with food, dyes, mob drops and crops!

Other cool feature for our Skyblock:

– Coop! – Visit others’ islands, or invite them to yours! Or just bunker down with a bunch of friends on one small chunk of dirt. That works too.

– Change your island biome! – Maybe you like the challenge of your water freezing to ice every ten seconds. I don’t, but you do you. Though this also lets you farm all sorts of flowers for making things look pretty.

– Island upgrades. – Get more space for your island, set up more warps, and more!

– Boosters! – These do fun things such as increasing mob spawn rates, increased crop drops, increased experience gain, and even flying!

– Missions! – For those who love fulfilling objectives that give you a direction and goal, this will scratch your itch. It covers things such as gaining experience, fishing, mob killing, and breaking ores! How do you even get ores on Skyblock you ask? Guess you’ll have to find out by giving it a try!

– Permissions. – In case you do or don’t want other players able to do certain things. …Yeah. 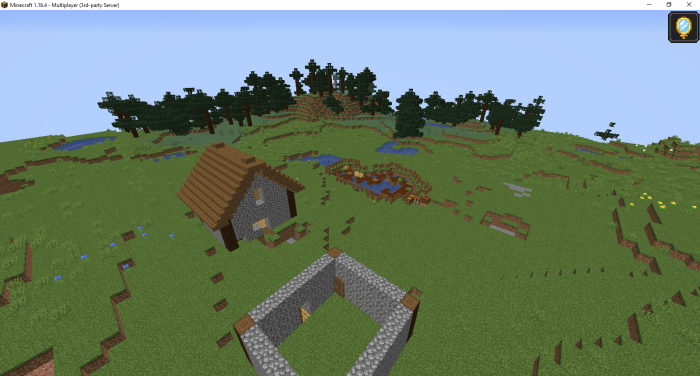 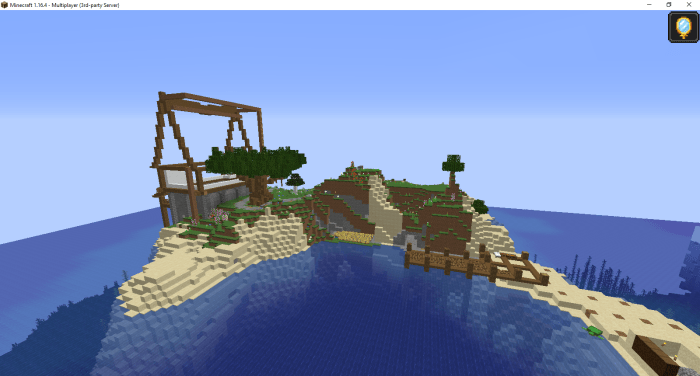 /Back – In case you die and don’t want to run aaalll the waaaayy back to where you were. Just use /back and you’ll teleport right there!

/Warp – Tired of running back and forth between your favorite biomes for materials? Set up warps wherever you want to!

/TPA – You can teleport to other players! Or teleport them to you. Of course, this is guarded by players needing to accept the teleport request. But this does mean you don’t have to hunt down teammates or other players by coordinates alone.

/SetHome – you can set your own home respawn point! This can also be done for a faction with the faction plugin, but that’s a different command. 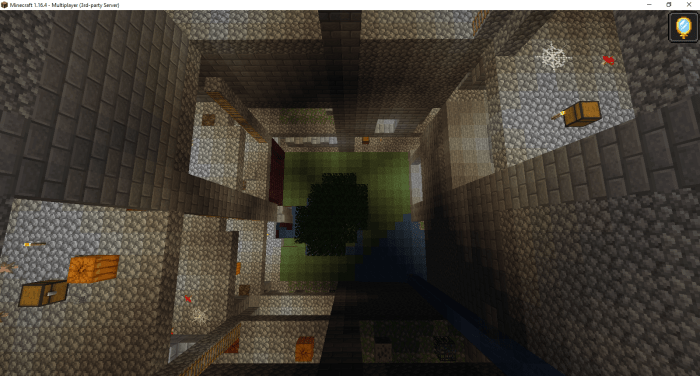 If this sounds like your cup of tea, then swing on by! The Discord information is listed below, and it contains the server address. But, before we go on, make sure to read the rules below so you understand what is and is not acceptable in our community. 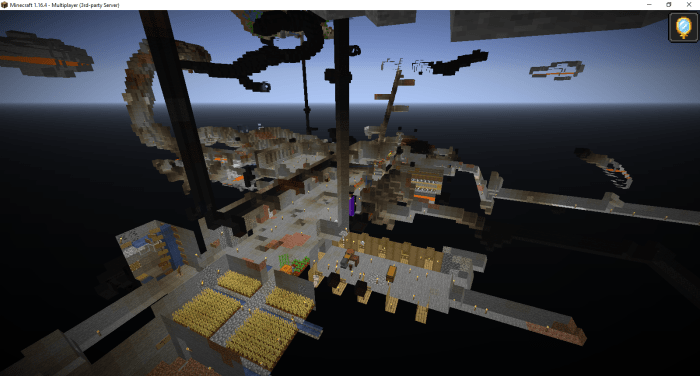 No griefing! This also includes “littering” by throwing blocks all over the ground, or leaving entire swaths of forests floating in the air!

No stealing! You will be banned!

No cheating! We have wonderful, advanced anti-cheat plugins at play, and our mods are amazing at catching those of you that like your cheating software!

No exploits! Not that Minecraft has a ton of them to begin with. But if there ever becomes one due to an update, don’t do it!

Of note: Mob farms, mob grinders, Iron farms, fishing auto-farms etc. are all totally and completely acceptable! If you build one, we ask that you keep it within one chunk. If it’s larger than one chunk by design, contact the mods first to verify if it’s okay to build it! Most mob farms can be fit within one chunk very easily, which works great with the Factions plugin since it claims land based on chunks. This means you will get to control who uses it if you want to! 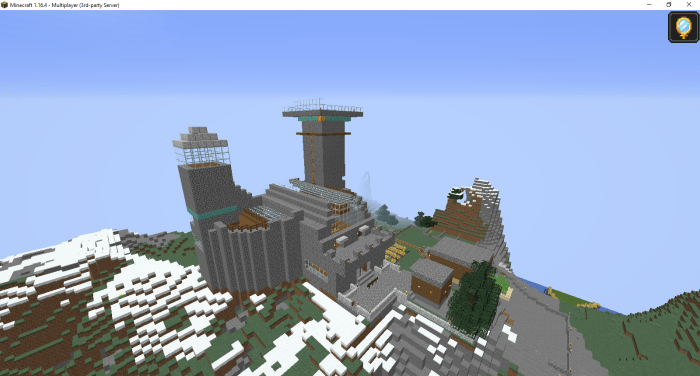 Come hang out with us on our Celestia Discord channel! We would love to see you!: https://discord.gg/GnFeNE4BzH 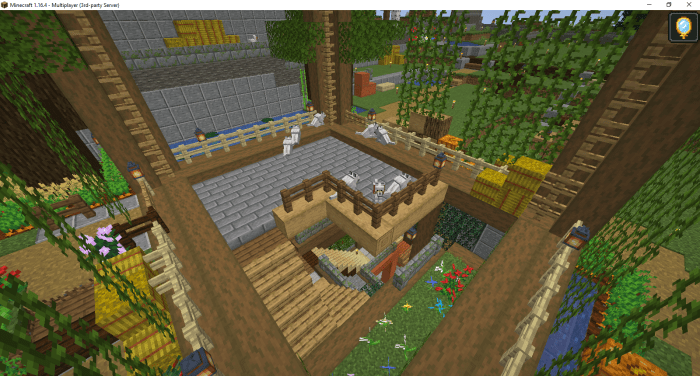 Our Patreon gives neat perks, like in-game particle effects, custom name colors, Discord roles and more! The higher tiers even give access to your own private world on the server and a VIP realm! The in-game particles are pretty pog, if I say so myself. I love watching my enchanting table particles swirl around me as I run around, and destroying blocks makes it looks like dust falls. 😀

– Technically this is a Java server, so keep that in mind if you build any mob farms. Some mechanics are very different between Java and Bedrock.