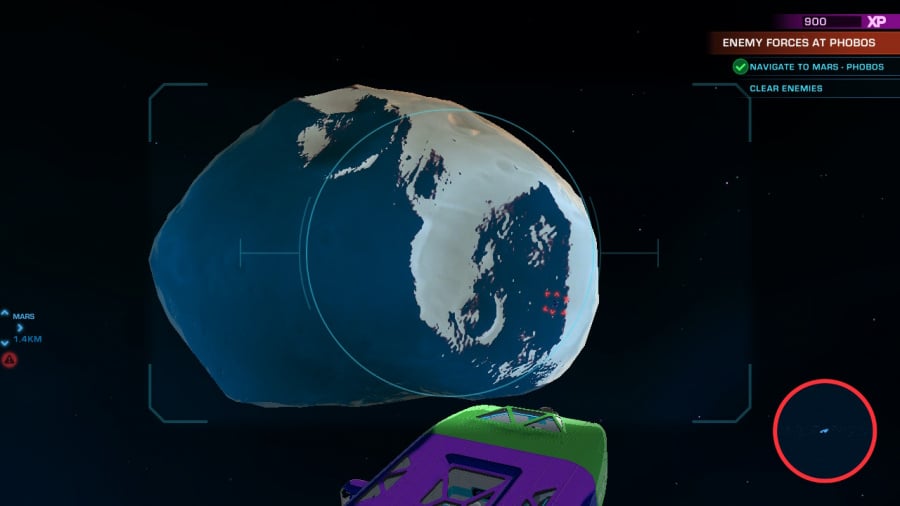 It’s been two years since Bomber Crew landed on Switch and at the time, we thought quite highly of it. Developed by Runner Duck, it successfully mixed a real-time management simulation with strategy, taking place in a World War 2 setting. It was quite surprising then to see a sequel putting us in charge of an intergalactic spaceship with Space Crew. Taking us to the year 2159, you now play as members of the “United Defence Force”, seeking to defend Earth from an alien race known as Phasmids.

Space Crew’s campaign is mission-based, bringing us procedurally-generated stages across the galaxy as you fend off this invading force. Missions comprise of small tasks such as taking down Phasmid forces or escorting cargo ships but ultimately, your main objective is survival. Upon hitting these goals, players must navigate their ship back to Athena Base, UDF’s HQ. Completing missions earns credits and research points, letting you purchase new gear for crewmates and researching better spaceship technology.

You’ll be assigned six UDF crewmates for your missions, ranges from captains to security officers, and to let players create their ideal team, everyone’s appearance is fully customisable. Each of them can be manually ordered across your ship but when sat at their assigned stations, they’re capable of performing exclusive actions. For example, only captains can authorise hyperjumps to your next location, whilst engineers can divert your ship’s limited power as required. So, if Phasmids attack your ship, they can prioritise that power towards your shields and weapons, all while you move other crew members to the guns.

If frequent attacks weren’t bad enough, your ship is also prone to malfunctioning and requires regular maintenance. Radiation leaks can spring up and oxygen supplies can fail, and all of these problems quickly pile up when left unattended. Your crew isn’t invincible, either, and if they sustain damage, your medbay only has limited healing capacity. Should they live, crewmates earn EXP and level-up, eventually unlocking new secondary skills. If they die, you can hire new recruits without too much inconvenience.

Defending the Earth isn’t easy, but thankfully, it’s never dull, either. Space Crew has a lot of depth to its simulation mechanics, demanding your full attention as malfunctions can spring up at a moment’s notice. Unfortunately, the game doesn’t improve on Bomber Crew’s cumbersome controls and directing your crew can feel awkward at first. In handheld mode at least, it would benefit greatly from touchscreen controls to simplify this, though it’s far from a dealbreaker.

It’s quite a challenging game from the get-go, so anyone seeking a more relaxed experience would do better to look elsewhere, but Space Crew makes for a solid follow up to its predecessor. Though it retains Bomber Crew’s flawed control scheme, it ultimately proves to be quite enjoyable, bringing some in-depth spaceship management to the table.