The devil’s soul collector. The Ghost Rider. I’ve always wanted to create this addon but I don’t know the perfect date to post it. Then it dawned on me. Halloween! This addon has been in the works for almost 8 months. I stopped for a few weeks since I couldn’t figure out how to add the fire trails and smoke effects on it but thanks to Dragnoz! I took apart his motorbike addon and added my own code. Thanks to him my 8 month old project can finally be completed!

THIS is his motorbike addon. Highly recommend it! Click the blue text.

I know..I know.. It’s not Halloween anymore. But! that won’t stop me. Hope you all like it. 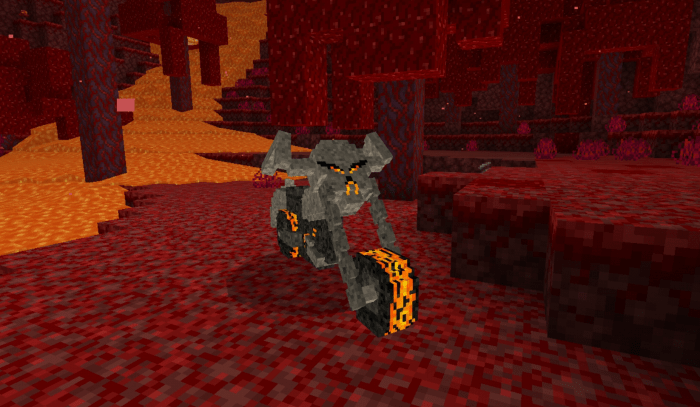 The Hell Cycle is modeled after the Ghost Rider Movie Hell Cycle from the old Nicholas Cage movie. 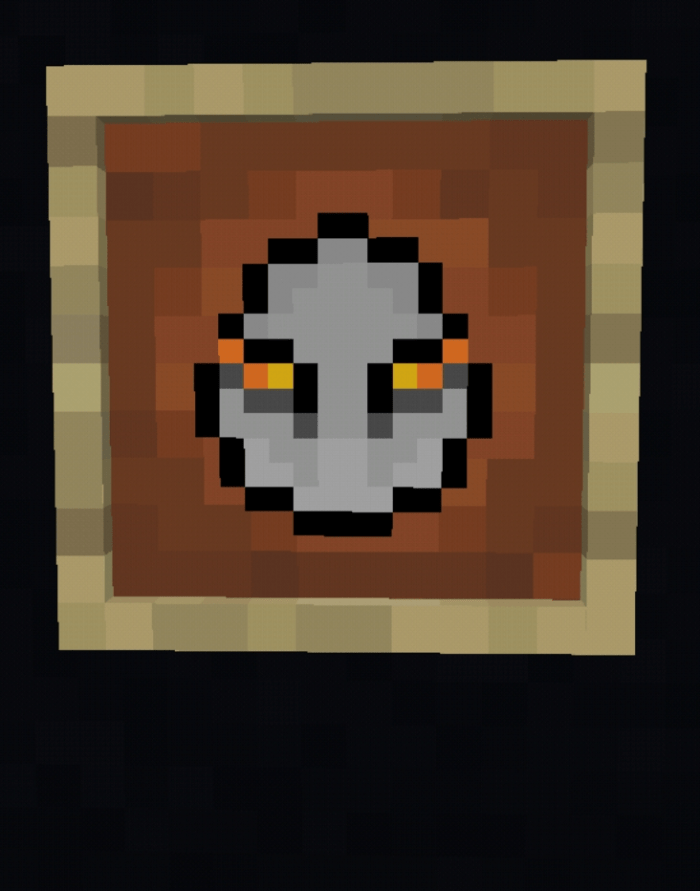 To summon the HellCyce simply look in the creative inventory or summon it using the command: /summon hc:hellcycle

The Hell Cycle doesn’t sink in Lava or Water nor does it burn in the Lava. 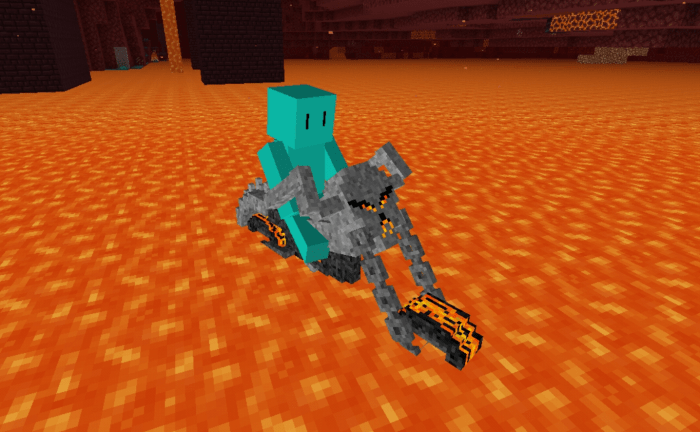 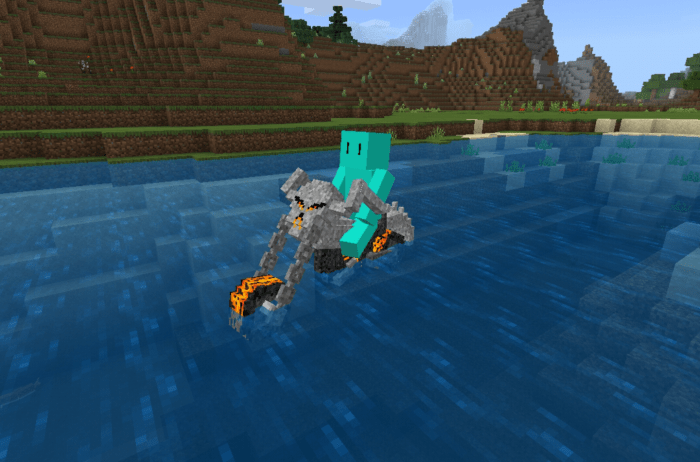 The Hell Cycle has it’s custom sounds as well. It’s different depending on what it’s on. The sound on land is different from the sound when it’s in water.

The Hell Cycle can jump up to 8 Blocks high. 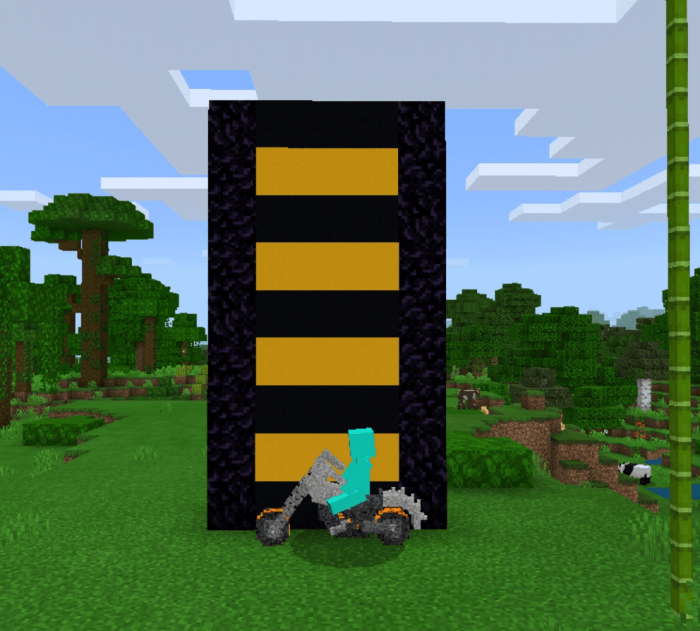 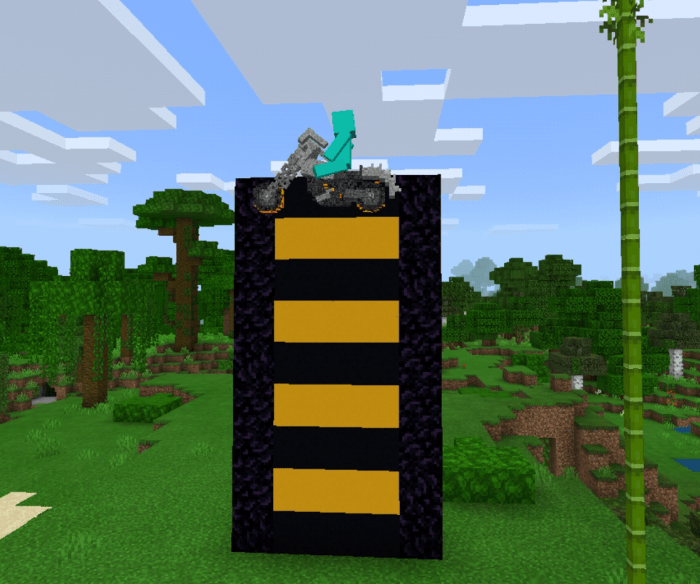 When you ride the Hell Cycle it gives you fire resistance, night vision and strength.

The Hell Cycle itself glows in the dark. 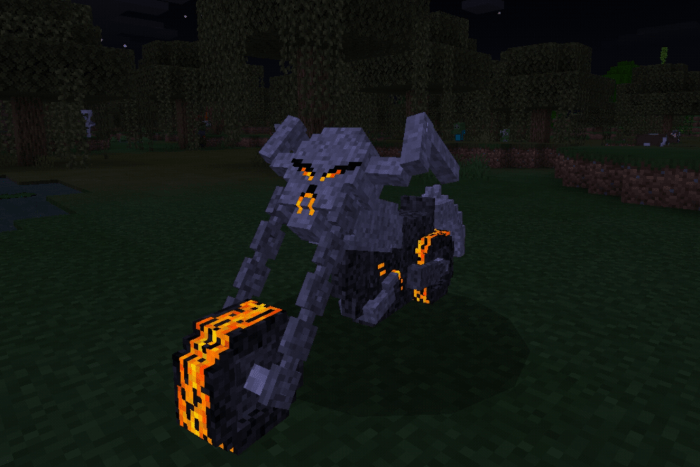 The Hell Cycle also leaves a trail of fire so be careful when going through a village. You might burn it down. Also particles and smoke.

The Hell Cycle will also drive itself to you once you hold a chain. If you somehow can’t find it in the parking lot. Just grab your chain and it will find YOU instead. With the distance of around 10 to 11 blocks of course. 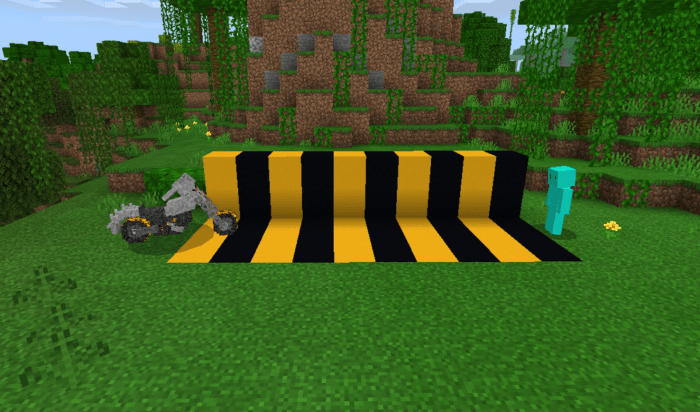 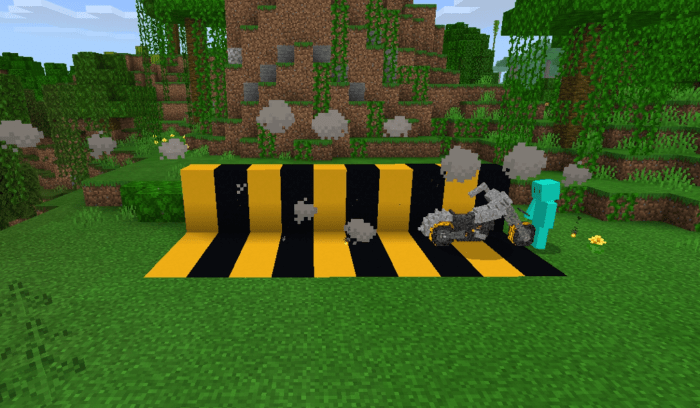 This project is supposed to be a one off thing but if you people want an update then just say so. Contact me in any of the following social media accounts or just leave a rating and comment down below.

-Not multiplayer compatible (Not a bug but still) 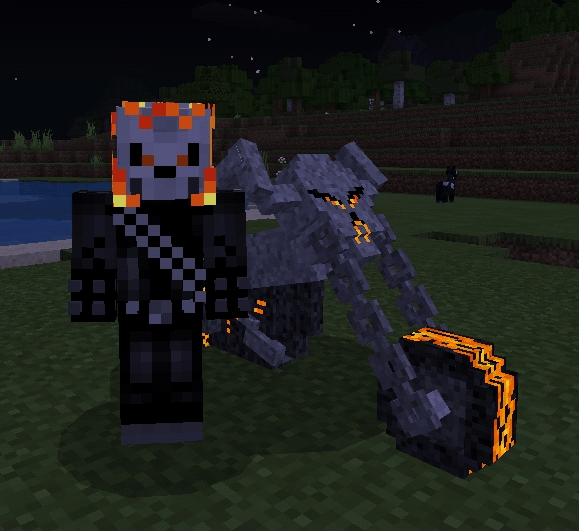 I’ve made a version of this addon where the player(You) will automatically turn into the Ghost Rider after applying the addon to the world. Your skin will glow the same as your motorcycle. This version of the addon is not yet available for download at this page due to its buggy nature mixed with the 1.16 beta’s even buggier nature. If enough people want it. I’ll upload it here as it’s own separate download link.

1. Do not republish this addon as your own or modify it’s contents without my consent.

2. If you want to use this addon in other works including but not limited to videos and maps. Please give credit to the creator (me)

3. As said in rule 2 when giving credit. Please link to this MCPEDL page and not the direct mediafire link. Thanks.